In addition to Linked Actions a user can also create Sub Actions. These actions have a relationship with the parent action. A parent action cannot be closed out until all its sub actions are completed. 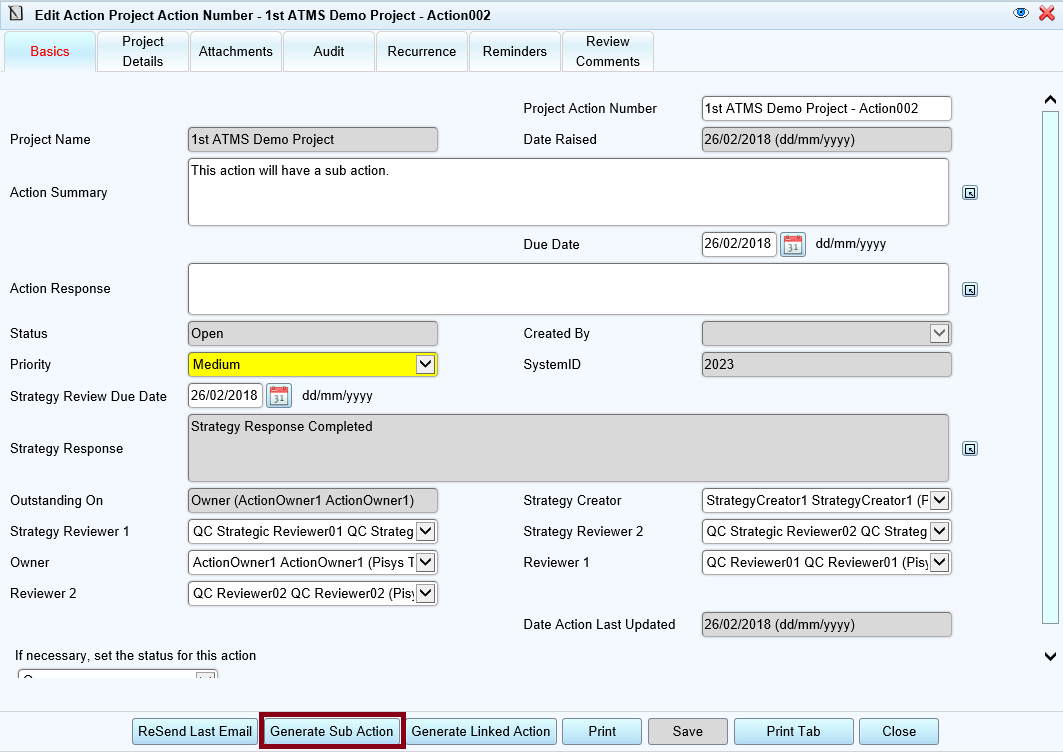 The figure above shows the “Generate Sub Action” button at the bottom of the Action Edit screen. This button will open a blank action screen to allow the user to create a new sub action after first selecting the project this action will belong to. The project here can be either the same project as the action the user was viewing when the button was clicked or a different project the user has access to view. The newly created action will be the child of the action the user was looking at when they clicked the button.

Sub actions can also have sub actions of their own. If the review cycle of a parent action is complete, then it will not close until all its children and grandchildren and so on are closed out. The parent action’s status will be left at the final stage status before closure. Viewing the action will provide the following message to user:

Clicking on any of the actions in the preview will navigate the user to the actions main screen where they can view full details of sub actions. This preview list only shows the direct one-level-down sub actions of the selected actions. But further levels can be viewed by clicking the hierarchy symbol of the relevant action and repeating the process. Clicking the “Reset All button” will return the view to all actions.

Table of Contents
Generating Linked Actions
Audit and Action Notes
We use cookies to ensure that we give you the best experience on our website. If you continue to use this site we will assume that you are happy with thisOkRead more